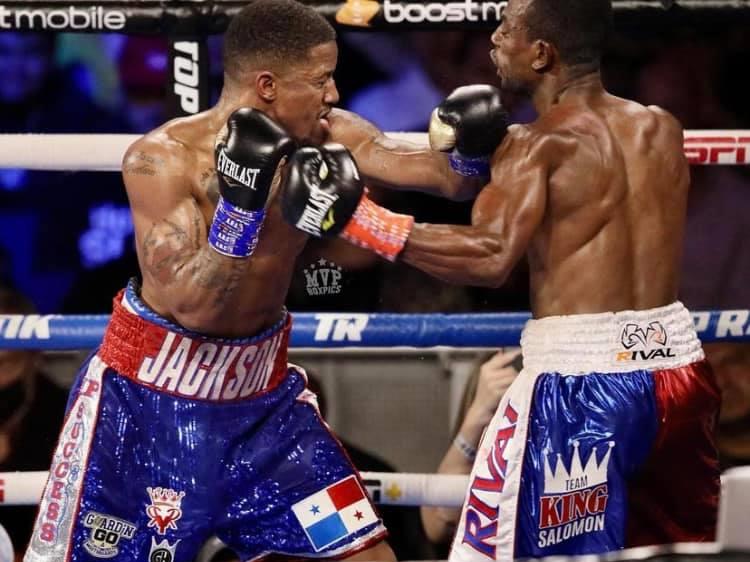 They don’t call it the “Hurt Business” for nothing, those who undertake the charter are cut from a different cloth. Not everyone watching boxing, follows the sport, but if you decide to get close enough there are plenty of intriguing backstories to these combat pugilist.

The name Carlos Jackson traveling from the west coast to the heart of Atlanta Georgia, who would have known. His mid 20’s tagged him in pursuit of a different life, one much different than the one he departed. He knew it wouldn’t be any different unless he worked his hardest to rise above it. Usually when someone leaves all they know to reset, the commitment has to be there or else it’s a total waste of time.  For Jackson, he speaks about tribulations, a fast-paced lifestyle without any direction and the one lane he knew is what the streets forecasted.

Losing his brother in a freak accident, he bookmarked that moment for motivation in every step he makes.  Planning a yearly gathering in the community titled “Success Day,” a special time for his brother enlightenment and stimulating positive bonding with family, close friends in a wonderful day of festivities.

Switch stances to his professional career, he chose to be a boxer.  Yes, you heard me correctly.  Jackson would be considered a late bloomer in the sport but never allowed it to distract his desire to win. Jackson trains out of “Felipe Boxing Gym.” in Atlanta. He would train several years then turn professional in 2015, he would triumph to 16 straight victories contending as a super bantamweight boxer.  In 2020, Jackson registered his first defeat versus Jose Vivas, a head-to-head battle that made headlines for a FOTY candidate.

In the following year Jackson would resume his winning streak earning a unanimous decision tallying his ledger to 17 victories, 1 lose and 11 by way of knock out. Recording these wins, Jackson knew time was ticking to step in with a higher ranked opponent and the call finally came, he would face former IBF world champion Jonathan Guzman (24-1 23KOs.

October 30, 2021– Jackson versus Guzman on deck for referee instructions, then both fighters to their corner for the opening bell. Jackson would seize momentum early with strict pressure to his opponent.  Round for round both fighters landed scoring shots.  Jackson forced Guzman to box off his back foot, parking him in the corner periods of the fight executing effective counters and power shots. Jackson never took his foot off the gas staying close to Guzman, taking away his power and making every shot count to the final bell.  He lived up to his alias “King Dynamite” solidifying his win on the biggest stage “Top Rank Boxing” promotion.