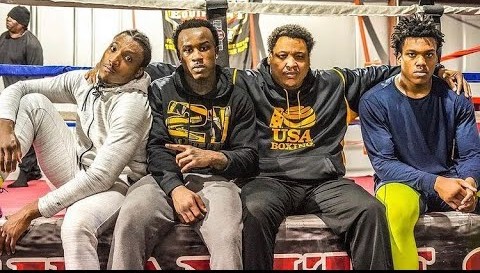 November 10, 2021. Atlanta’s boxing scene continues to boil over with a full schedule of boxing.   Prospects on this upcoming calendar is two-thirds of Atlanta’s boxing trio the “Lopez Brothers.”

Najee Lopez and Casey Dixon names well known here in the city of Atlanta.  Usually where you see one, the others are in close proximity.  The commonality in these young fighters, not just their hunger to win but to represent the new age of Atlanta boxing.

Najee “Chino” Lopez (1-0 1KO) is set to square off with Anthony Hollaway (3-1-2, 3KOs) in a six-round cruiserweight contest. Lopez credentials merit recognition as a stand-out amateur, but now as a professional boxer his scaling focus is building a winning ledger.  It goes down in his second professional fight, next Friday, in his Atlanta hometown for the first time.   Did I mention, he’s fresh off an early knock out in his August debut, so you can imagine the fireworks that awaits fight night.

His brother Casey “KChamp” Dixon will manifest his much-anticipated debut in a super middleweight contest.  Dixon fighting style turns back the clock with a Mike Tyson-esque power punching assault.  There isn’t much to question about his intent in the ring, it’s to seek out and destroy his opposition like both hands dipped in Nyquil – somebody going Night-Night. All three brothers compete in boxing to include Hakim Lopez (11-0 7KOs), their training stronghold is “Granite City Boxing Academy.”

The Atlanta boxing scene has finally hit its stride hosting a full calendar of fight cards.   Credit the promoters and premiere boxing events which have injected highlighted interest of rising talent here in Atlanta.